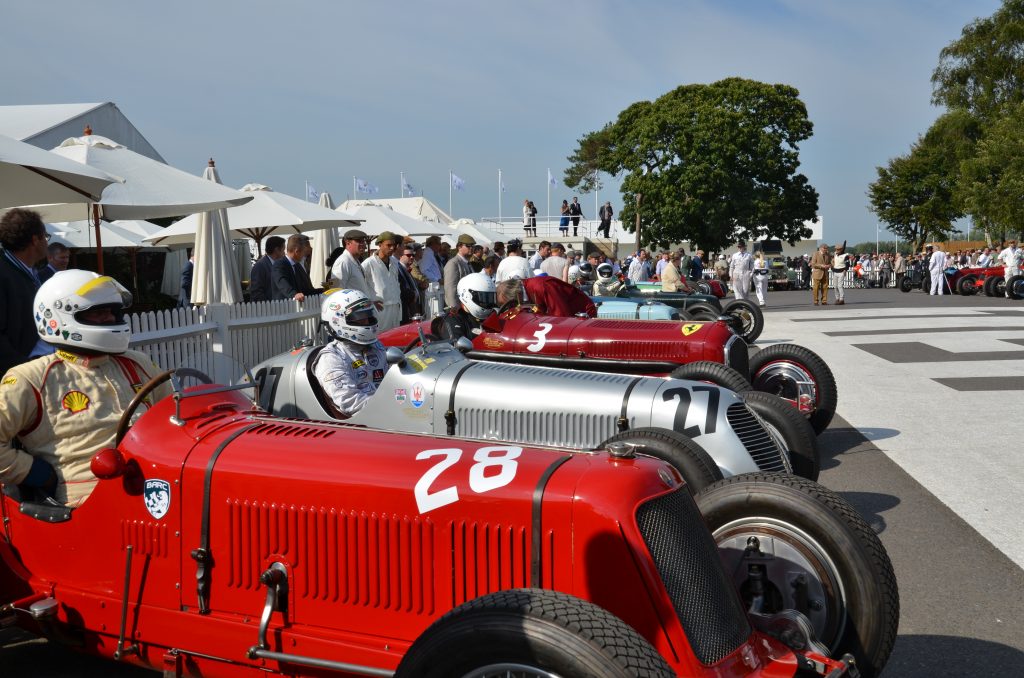 Geneva, 2018 – This year, the Goodwood Revival Meeting celebrates its 20th
anniversary from Friday 7 to Sunday 9 September. Having started as a quintessential
British spectacle, over the past two decades it has transformed into one of the
world’s largest historic motor racing events and the only one to be staged in period
dress. In honour of Goodwood Motor Circuit’s heyday from 1948 to 1966, the event
showcases high-quality, competitive racing and parades, featuring cars and bikes
that are entirely authentic to that era. Each year, 150,000 visitors descend upon
this rural corner of England creating the ultimate romantic time capsule – where
automobile heritage and vintage style go hand in hand.

The founder of Goodwood Revival, the Duke of Richmond had always dreamt of
reviving Goodwood Motor Circuit, ever since his grandfather Freddie March closed
the track in 1966, when the young Duke was just 12 years old. “It was the first thing
I tried to make happen when I came back to running the Goodwood Estate in 1991,”
he recalls. “I still remember the special atmosphere, something I was determined to
recreate when I brought the circuit back to life.” The team at Goodwood Estate, led
by the Duke, painstakingly restored the track to its original glory and wheel-to-wheel
racing returned for the Goodwood Revival in September 1998, fifty years to the day
since the Circuit first opened. 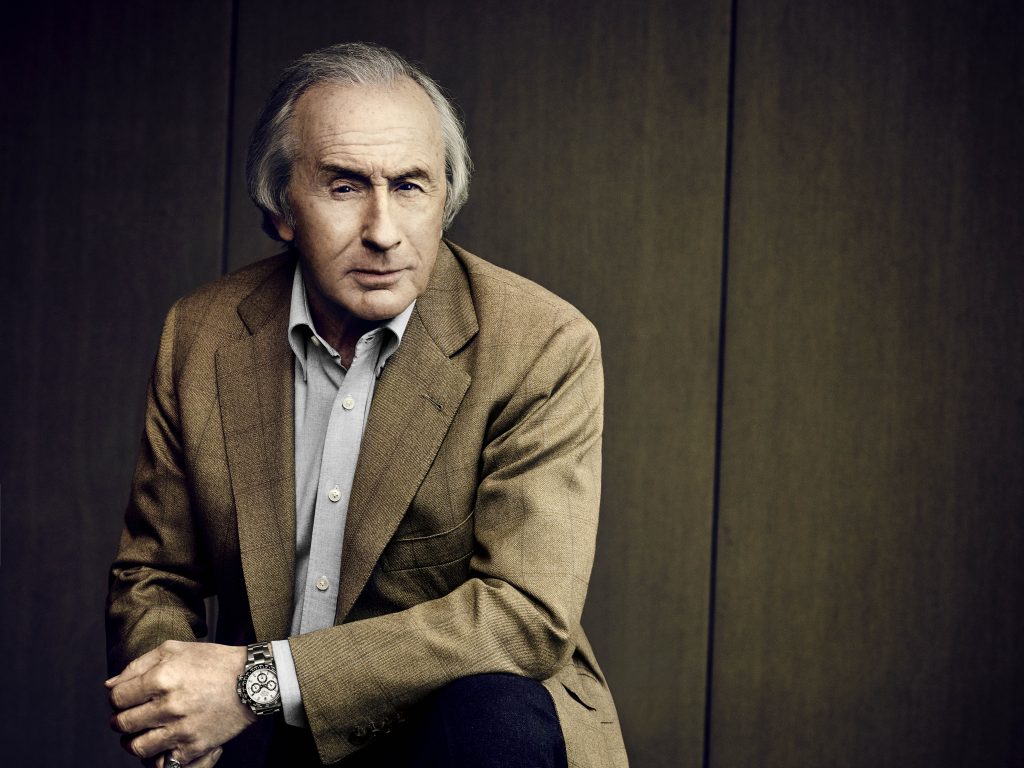 Three-time FIA Formula 1® Drivers’ World Champion and Rolex Testimonee Sir
Jackie Stewart raced at the Goodwood Motor Circuit throughout his career and
speaks fondly of this annual motor sport gathering: “Goodwood Revival is one of
the greatest events of its kind. Classic cars are revered and cherished all around the
world, and not only do you see these cars at the Revival but you also meet the most
passionate people. The Duke of Richmond has created a wonderful environment at
Goodwood Motor Circuit and probably the finest location is the Rolex Drivers’ Club.
All the great drivers and mechanics of the past and present are able to experience
the Revival in a very privileged way.” 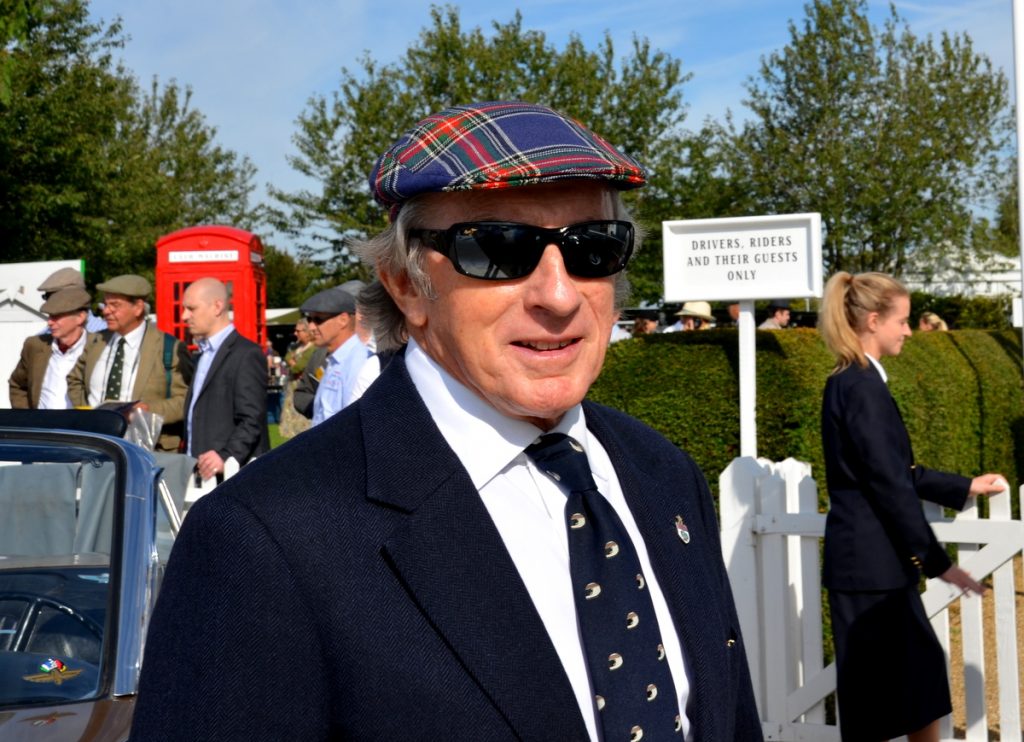 In 2004, Rolex started supporting the Revival and prestigious Drivers’ Club and,
sixteen years later, Goodwood Revival continues to attract the best drivers,
collectors and cars from all corners of the globe. The Rolex Drivers’ Club provides a
sanctuary for drivers to relax with family and friends. Often described as the “heart
of the paddock”, the Drivers’ Club is one of the most creative aspects of the event
and takes on a particular theme each year. Remembering one of his favourite
occasions when, in 2013, the Drivers’ Club celebrated the 60th anniversary of
the first ascent of Mount Everest, the Duke of Richmond says: “I think the most
standout moment of the Revival for me was when we re-created the base camp
to Mount Everest, which of course is something Rolex has been very closely
connected to. The Everest ascent inside the Rolex Drivers’ Club itself was
spectacular – everyone loved it! I am often told by some of the world’s most
successful drivers that nowhere else do they enjoy such incredible hospitality at a
race weekend and that is a great testimony to our partnership with Rolex.”
The Golden Age was a time synonymous with beauty and elegance on and off the
track – qualities which continue to unite Rolex with heritage events around the
world, including Goodwood Revival, Monterey Classic Car Week, Pebble Beach
Concours d’Elegance® and the Amelia Island Concours d’Elegance. The glamour
on display over the three-day Revival weekend mirrors that of the cars on the
track; the attention to detail equally extraordinary. Crowds pour through the gates
of Goodwood Motor Circuit dressed in clothes reflecting the 1940s, 50s and 60s
– tweed suits, trilby hats, tea dresses, elaborate accessories and an explosion of
colours, all adding to the sophistication and fun that epitomizes Goodwood Revival.
“The circuit always looks its best in the September sunshine, with those wonderful
war birds flying overhead, the Spitfires and the Hurricanes that flew from Goodwood
during the war, while the cars race wheel-to-wheel,” says the Duke of Richmond,
when describing what makes Goodwood Revival so special. “Everyone’s happy to
be there, reliving old memories, seeing familiar faces who return each year and
watching thrilling racing. My perfect day is when we race hard, have some fun and
everyone comes home safely at the end of the day.” 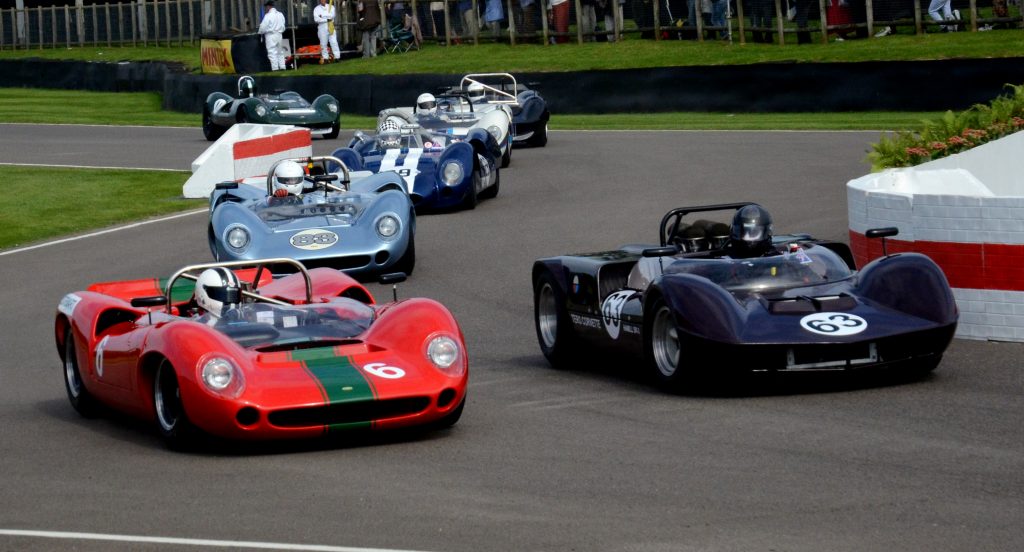 The 20th anniversary of Goodwood Revival will feature themed pits, harking
back to early 1950s Silverstone, in honour of the Northamptonshire circuit’s 70th
anniversary and to mark 70 years since the first race of the ‘modern’ Grand Prix era
was hosted at Silverstone. Alongside the action-packed schedule of track activity
and entertainment, the Duke hints there will be “unexpected surprises” to mark the
occasion. He and his team are, however, keeping the key highlights under wraps:
“All I can say is that the main focus will be on celebrating the 20th anniversary of the
Revival – there will be lots of cars, bikes, drivers and riders to remind us of the most
treasured moments of the last 20 years. We will put on a diverse field of cars and
vary the racing, as we do each year, to keep it as fresh and exciting as we can.”
What can be guaranteed is that legends of the sport will return to Goodwood Revival
in 2018, including Rolex Testimonees Sir Jackie Stewart and Tom Kristensen.
Continuing a longstanding tradition, excellence at the event will be rewarded during
the weekend’s grand finale. The drivers, all determined to be first to the chequered
flag, will be looking to catch the attention of the judges who award the Rolex
Driver of the Meeting Award. The winner – announced by the Duke from the Race
Control balcony during the prize-giving ceremony – receives a specially engraved
Rolex Oyster Perpetual Datejust, originally introduced in 1945, and today one of the
world’s most recognizable watches. Admired for its classic design, the Datejust has
become an iconic symbol of style, making it a fitting reward for the individual who
delivers an exceptional sporting performance at Goodwood Revival – adding their
name to the list of greats who have forged a legacy at Goodwood Motor Circuit. 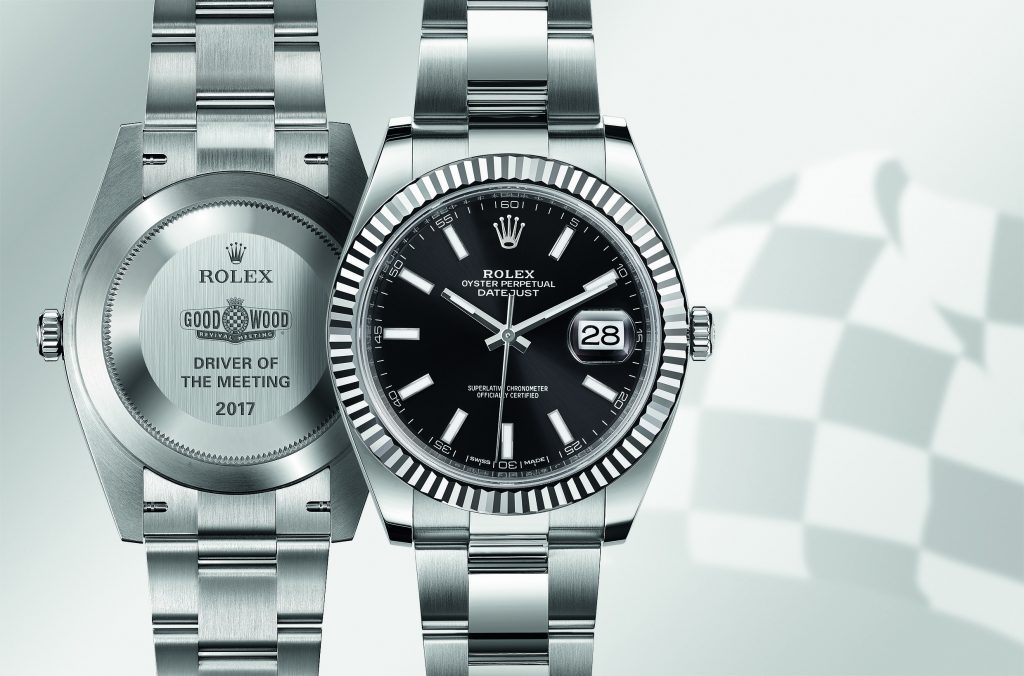 Tickets for the Goodwood  Revival Meeting can be purchased from http://Goodwood.com