The stunning Bentley and Peter Blake collaboration made a big impact at Bonhams 2016 Festival of Speed Auction. 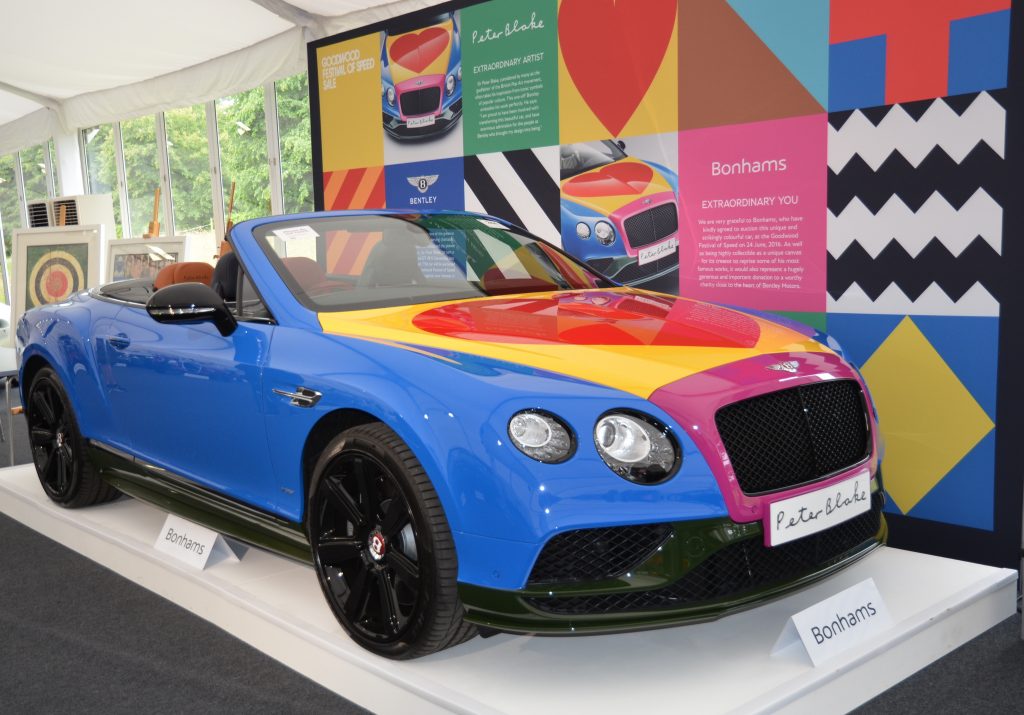 The world’s first and only British Pop Art Bentley.

Hand-built by Bentley’s Mulliner division to a unique design by British Pop Art icon Sir Peter Blake. Possibly the most striking feature of Sir Peter’s bold vision – instantly recognizable as a Sir Peter trademark – is a St James Red heart motif hand painted onto a Continental Yellow bonnet, a symbol in keeping with the compassionate work of hospices. The car was donated by Bentley and all proceeds from the sale are to go to the Care2Save charitable Trust, to support palliative and hospice care around the world. This one-of-a-kind motor car was sold by Bonhams, at their Goodwood Festival of Speed Auction, on Friday 24th June 2016, to a bidder in the room for £250,000. 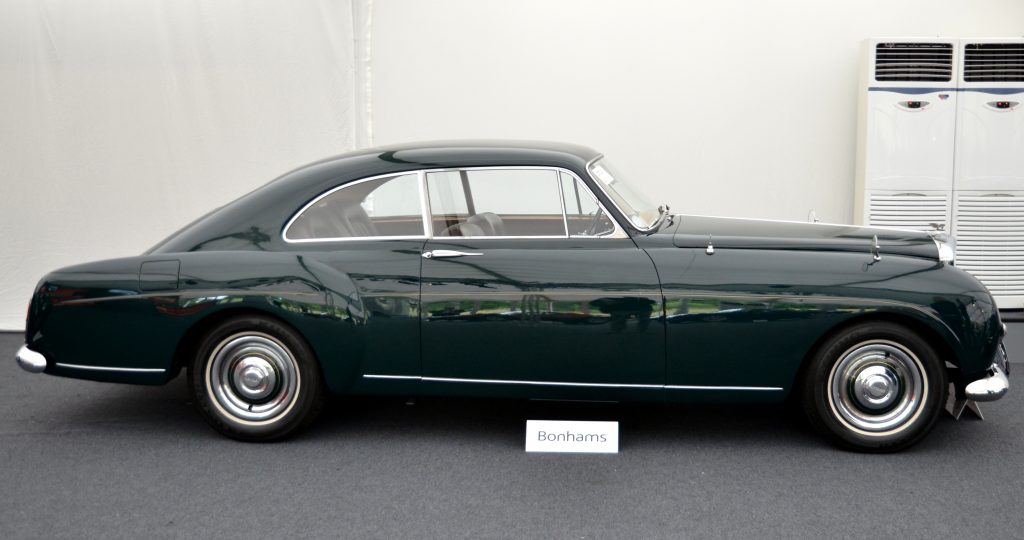 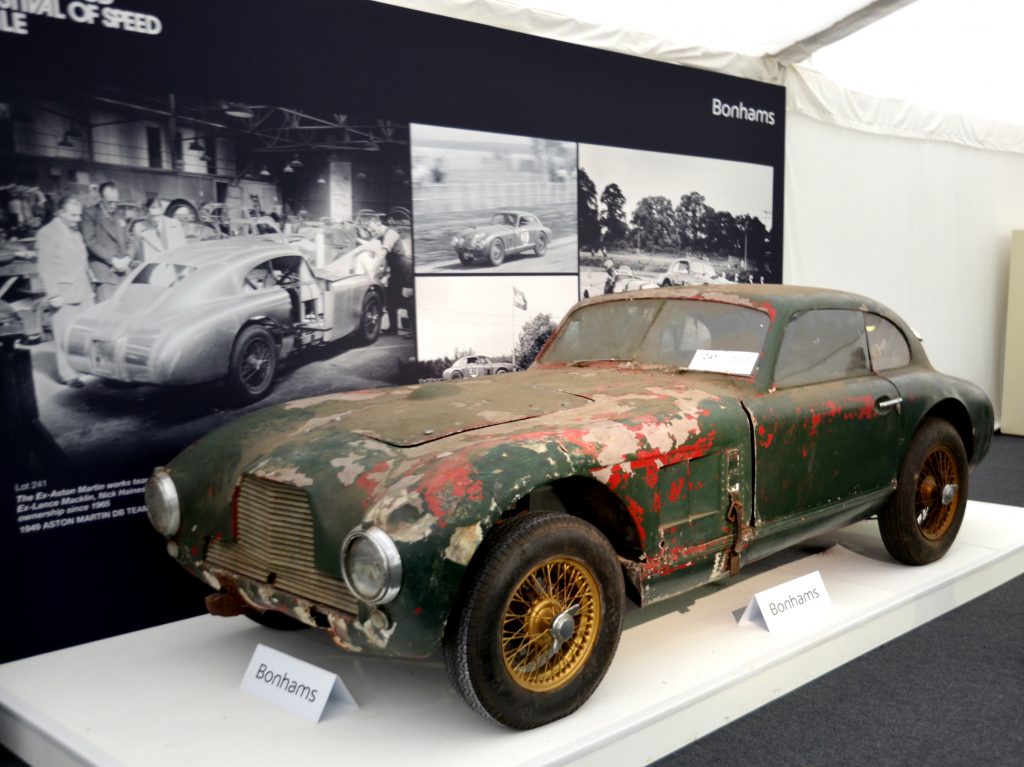 This is the second-prototype DB2, two-seater competition grand tourer. The first David Brown-era works racing Aston Martin model. The only survivor fitted with the Claude Hill 4-cylinder engine. Unrestored: offering the purchaser a fascinating and rewarding project. Sold for £679,100. 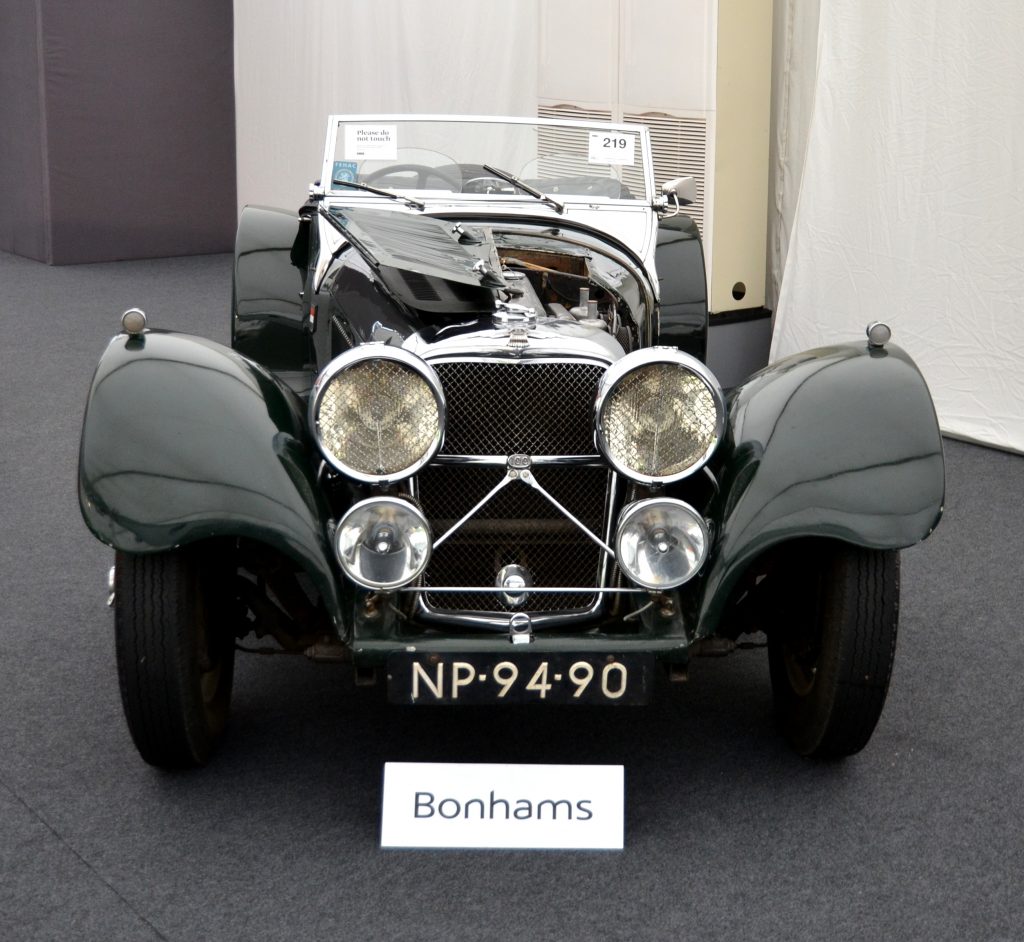 One of the fastest and best-handling sports cars of its day, as its competition record, before and after the war, bears witness to. Eligible for a wide variety of the most prestigious historic motor sports events. Requiring sympathetic restoration. The roadster soared above its £180,000-250,000 estimate to achieve £337,500.