Pedal Cars assembled in the in the holding paddock, the eager young drivers sitting in their Austin J40s, awaiting the start of The Settrington Cup at Goodwood Revival Meeting, September 2015. 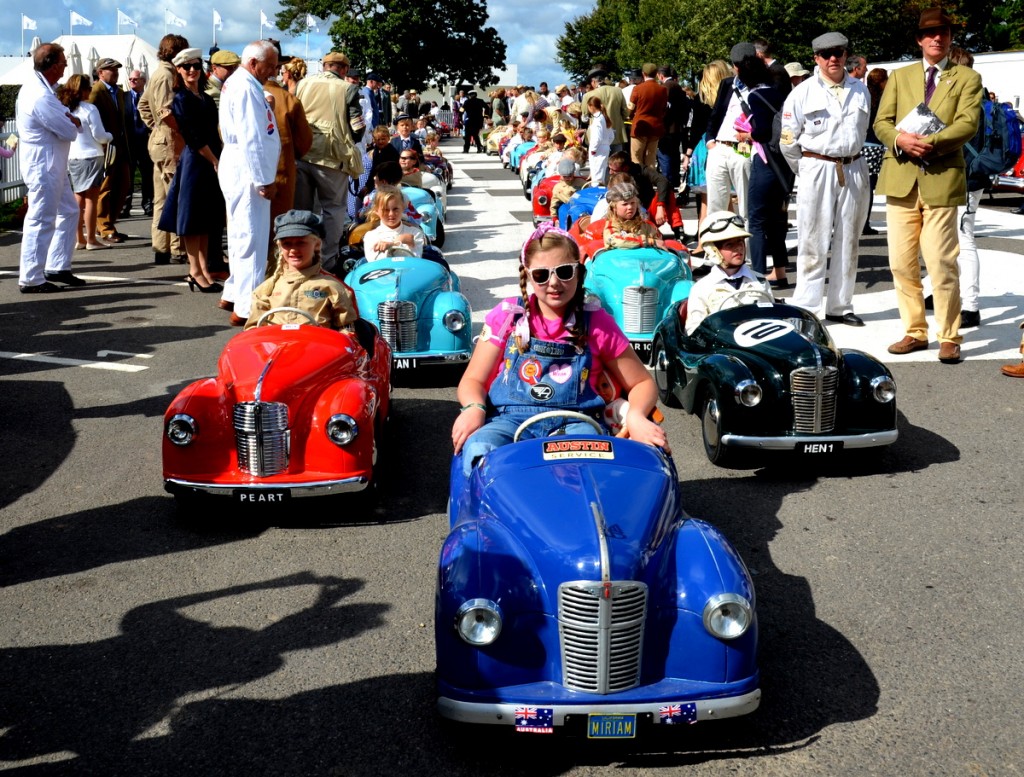 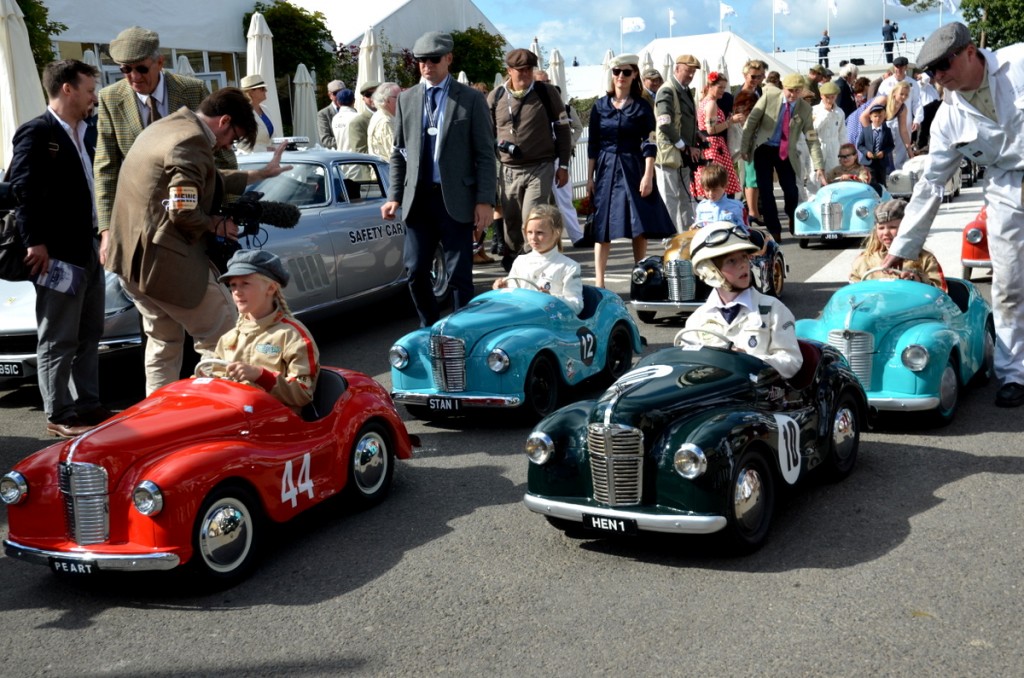 Exiting the holding paddock, on their way to the start, receiving final instructions from their mechanics and crew. 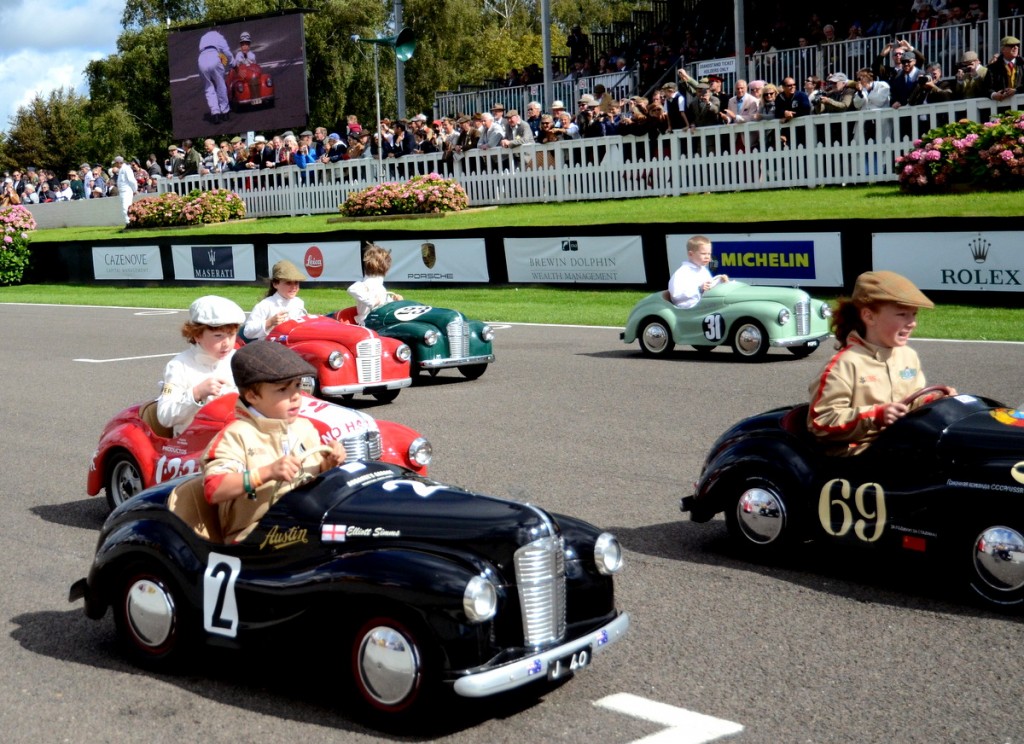 The Settrington Cup begins with a Le-Mans style start; the young drivers run to their Austin pedal cars and they’re off, the race is on. 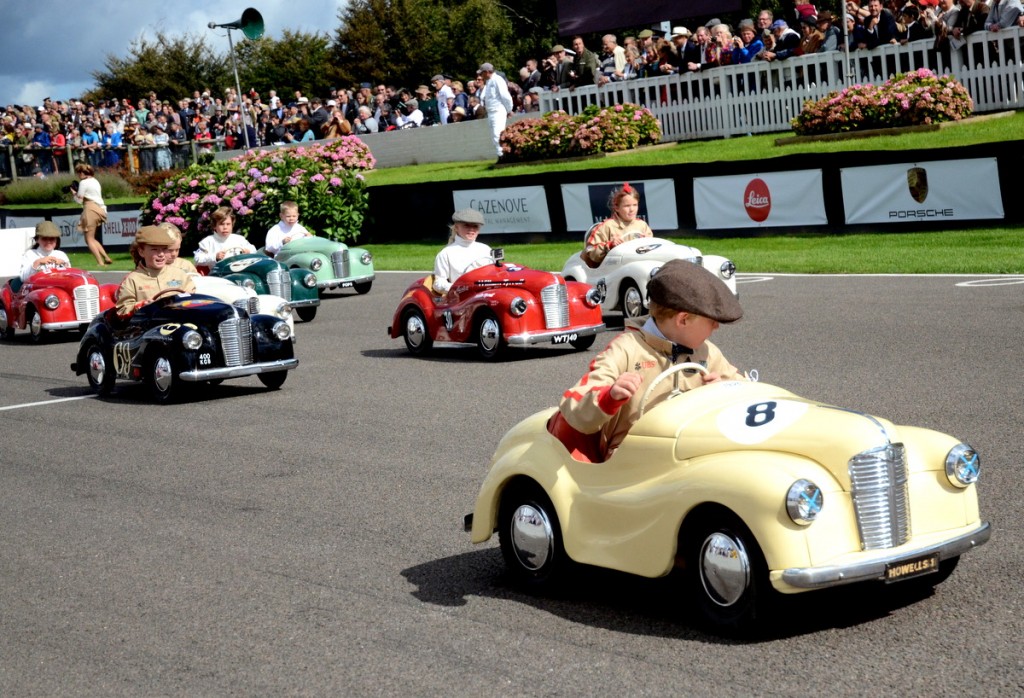 Keeping an eye on the competition whilst they pedal as fast as they can. 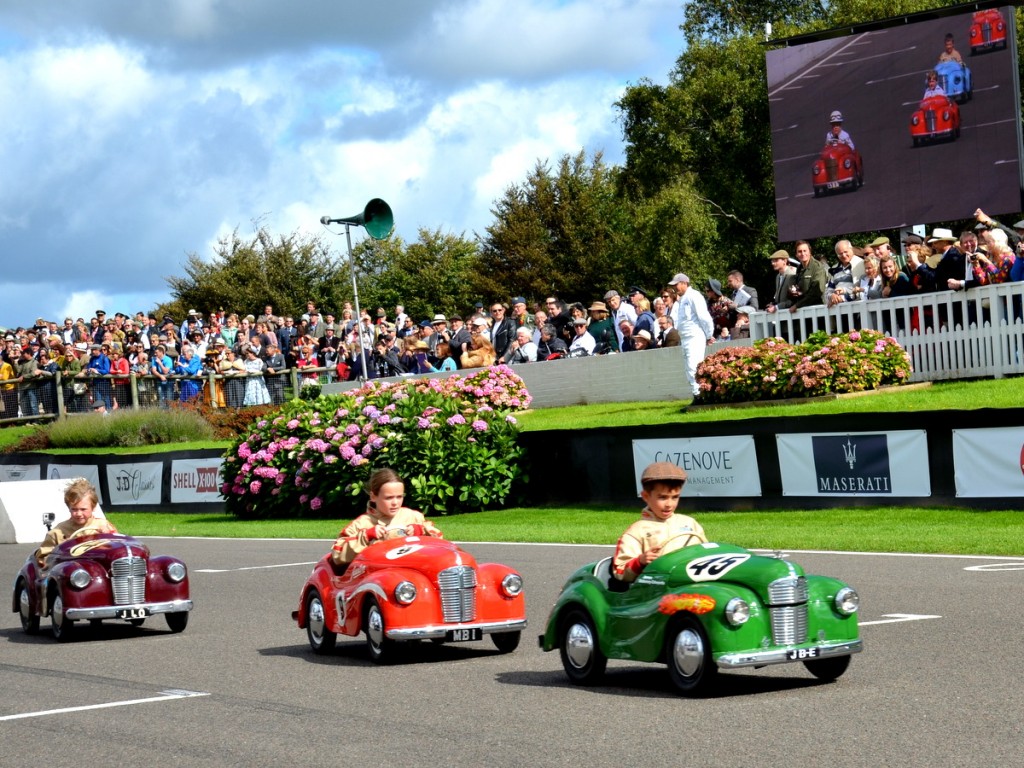 Murray Walker was commentating, as the crowds went mad, cheering the children on. 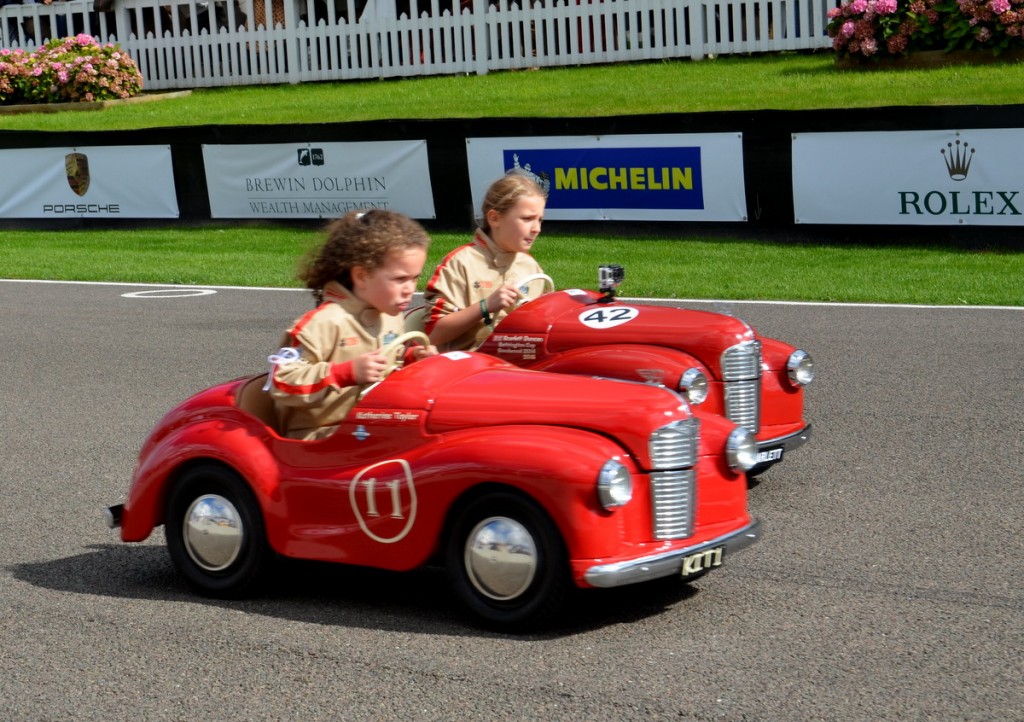 This is a serious race, some of the drivers had been training on a daily basis. 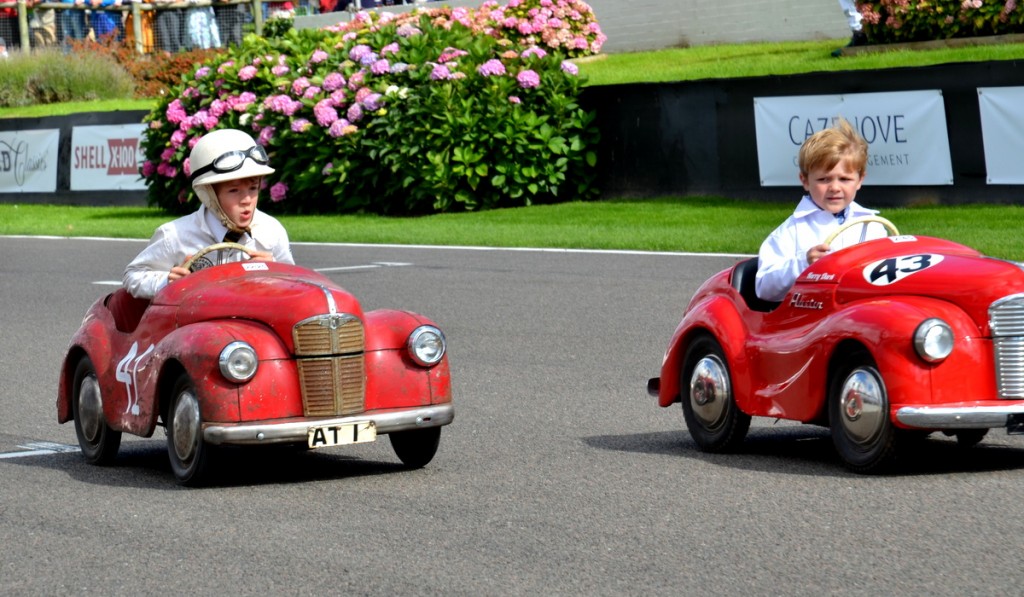 All that determination paid off. 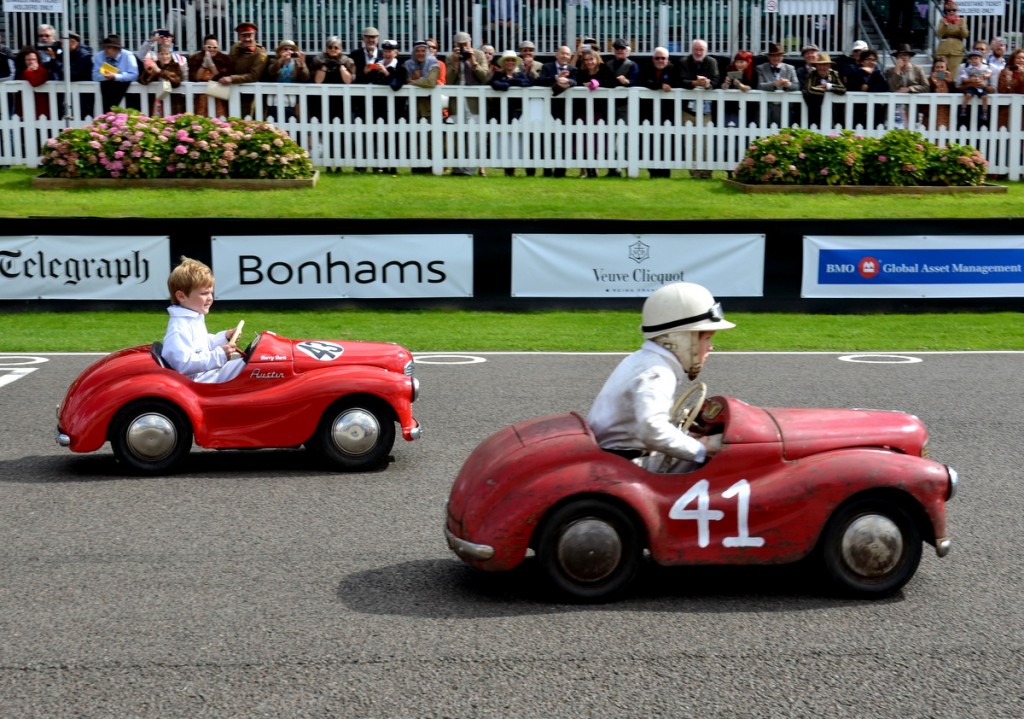 All photographs by Marcia White.

One thought on “Settrington Cup: Pedal Cars at Goodwood”