This year the Goodwood Revival weather was not on our side. Luckily, although cloudy and grey on Friday, the rain kept off. The picture on Saturday was totally different as the rain poured down. Thankfully Sunday was beautiful!

There was a lot to see, enough to occupy anyone with a three day ticket. Cars, planes, bikes, celebrities, drama, fashions and more….

Twenty-minute race for sports cars in the spirit of the Goodwood Nine-Hour races between 1952 and 1955. 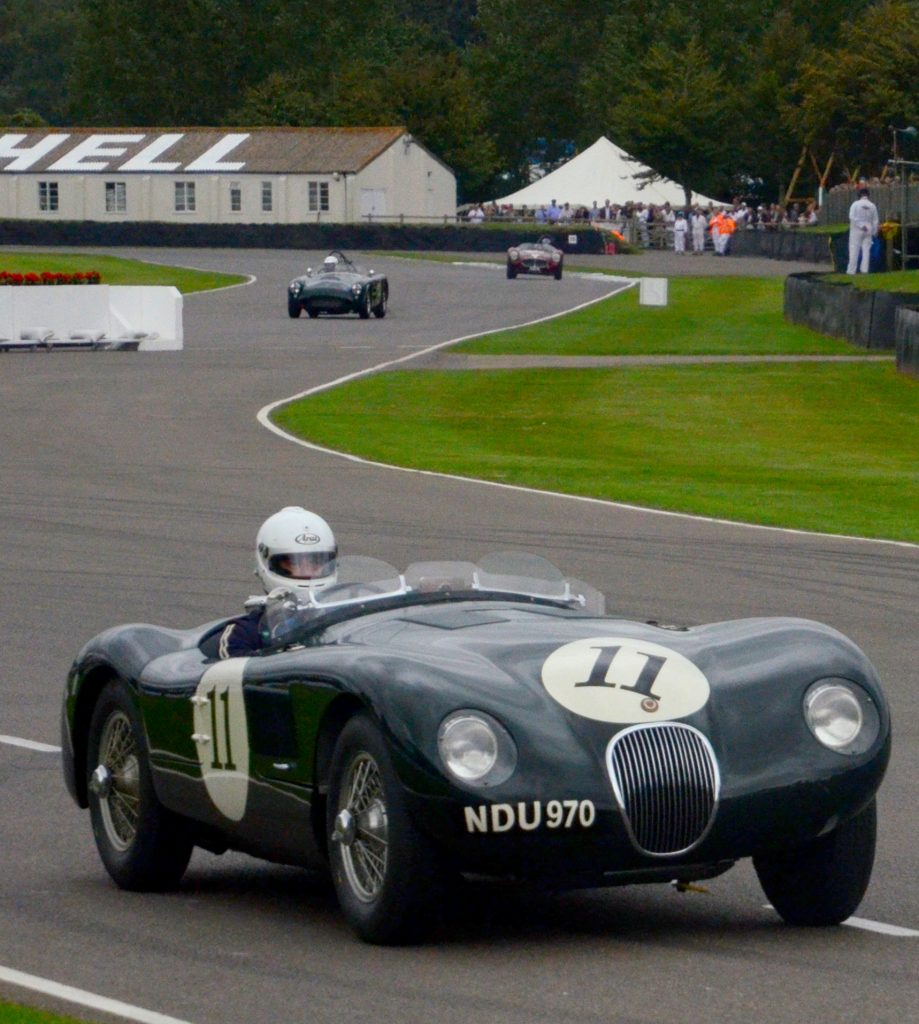 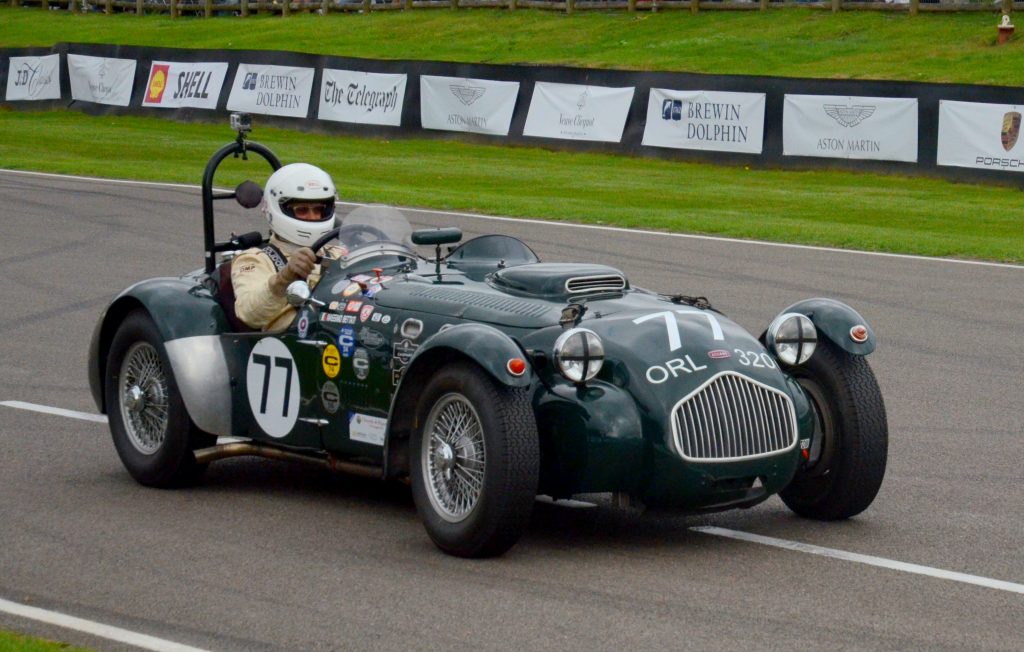 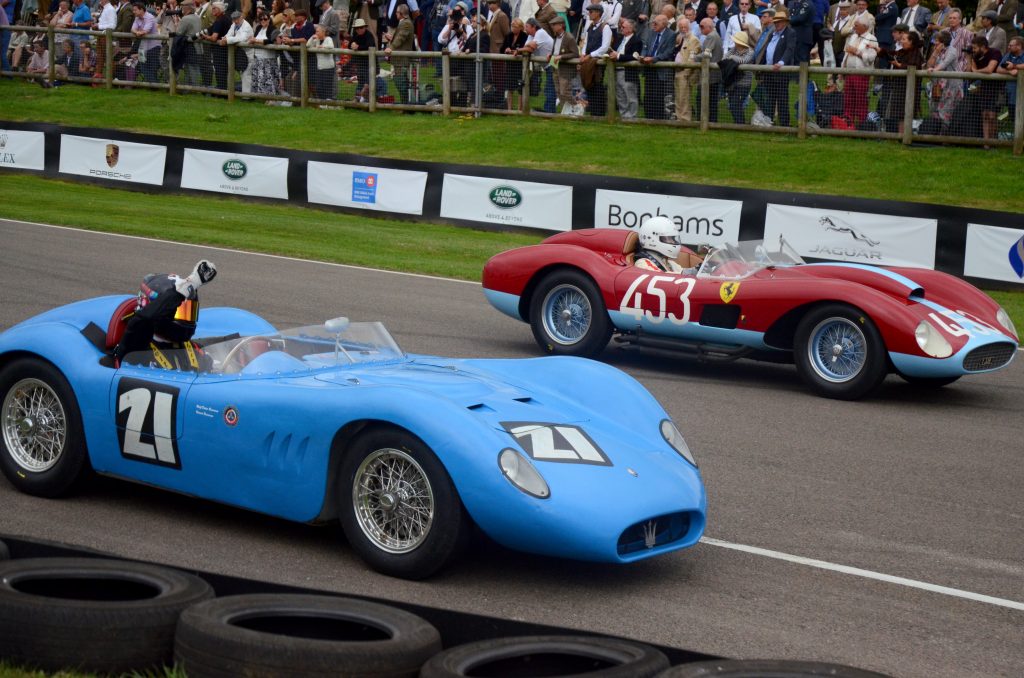 1955 Maserati 200Si driven by Gregor Fiskin alongside the 1957 Ferrari 500 driven by Jason Yates during practice for the Freddie March Memorial Trophy. 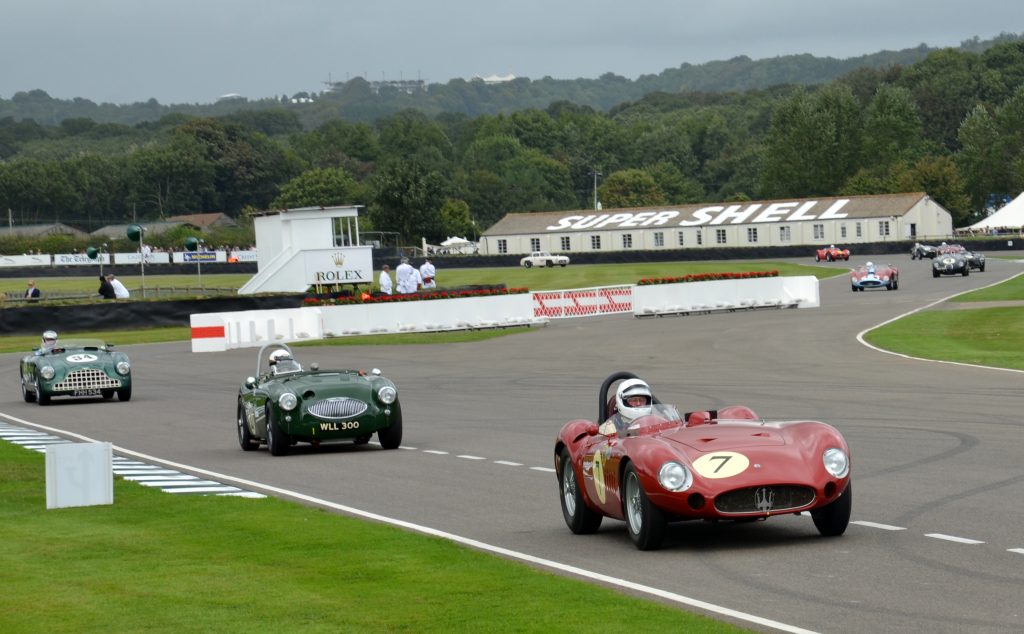 Conrad Ulrich leading the pack in the 1955 Maserati 300S.

Twenty-minute race for Grand Prix and Voiturette cars of a type that raced up to 1951. 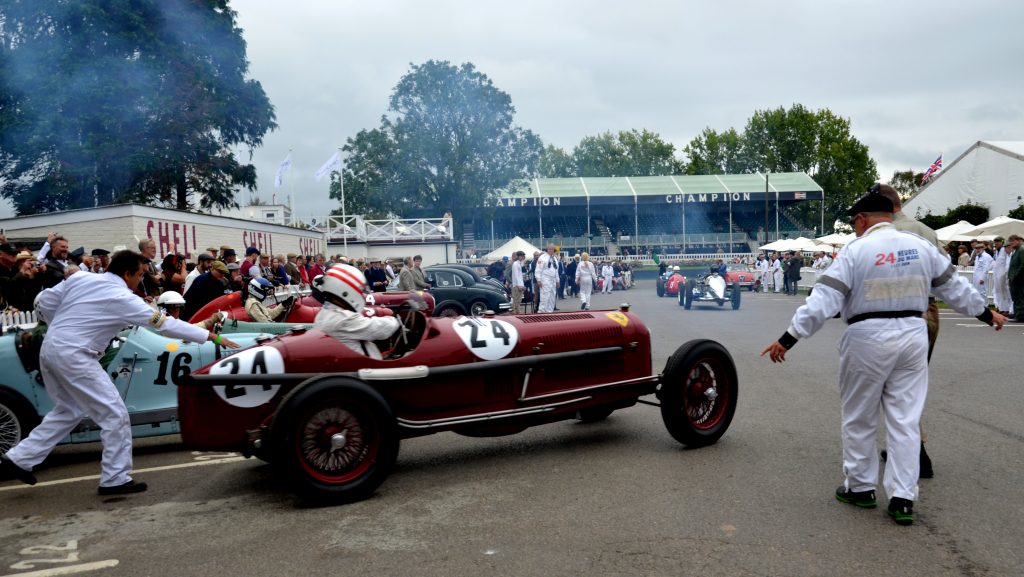 1934 Alpha Romeo Tipo B, driven by Erickson Shirley, leaving the holding paddock prior to practice for the Goodwood Trophy. 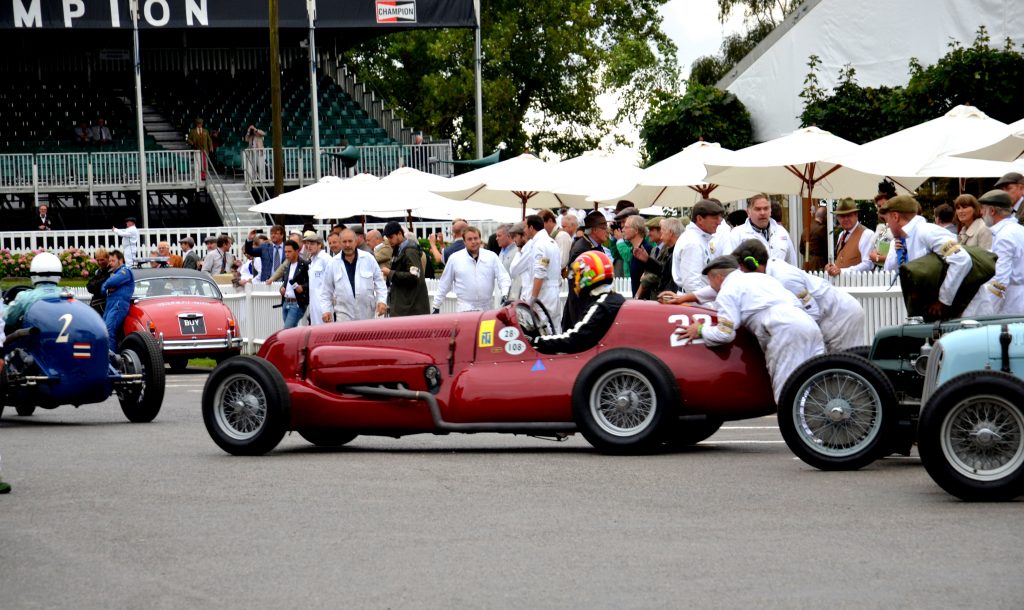 The Holding Paddock prior to the Goodwood Trophy 2016. 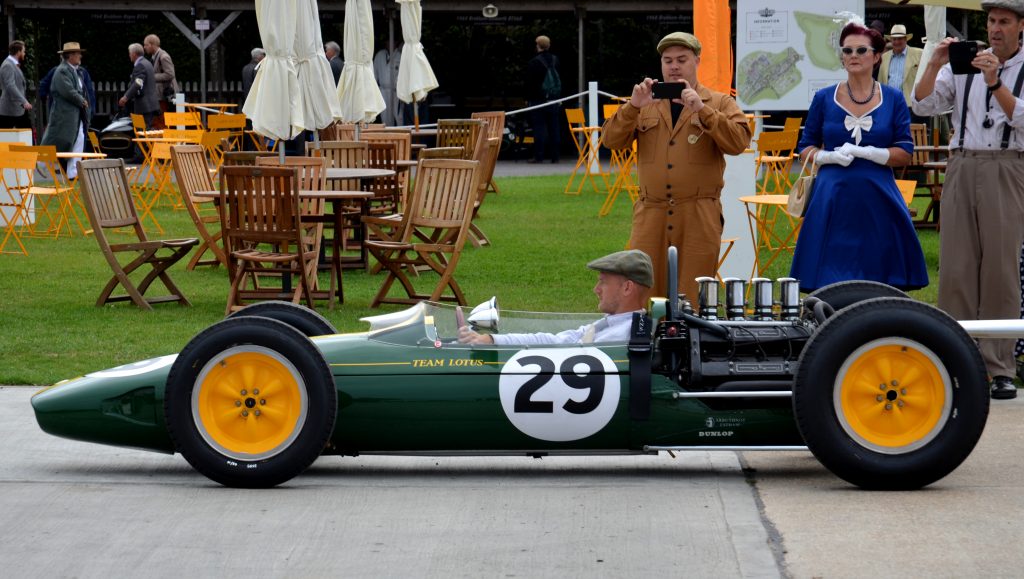 1962 Lotus-Climax 25 on its way to scrutineering prior to practice for the Glover Trophy. 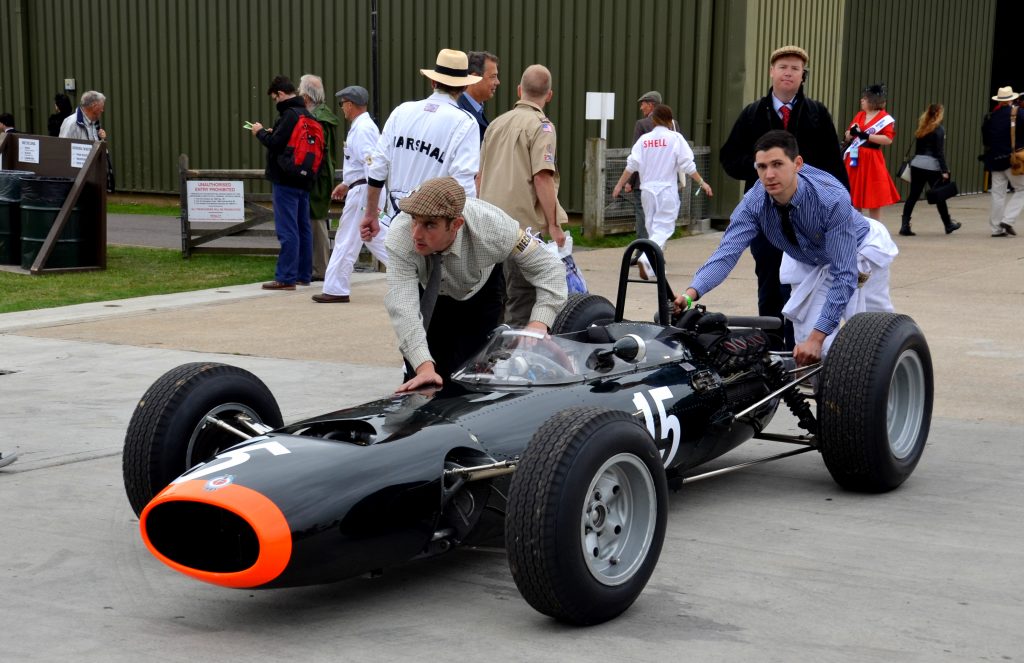 1965 BRM P261 on it way to scrutineering; driven by Richard Attwood in the Glover Trophy.

Twenty-minute race for sports prototypes under three litres of a type that raced between 1960 and 1966. 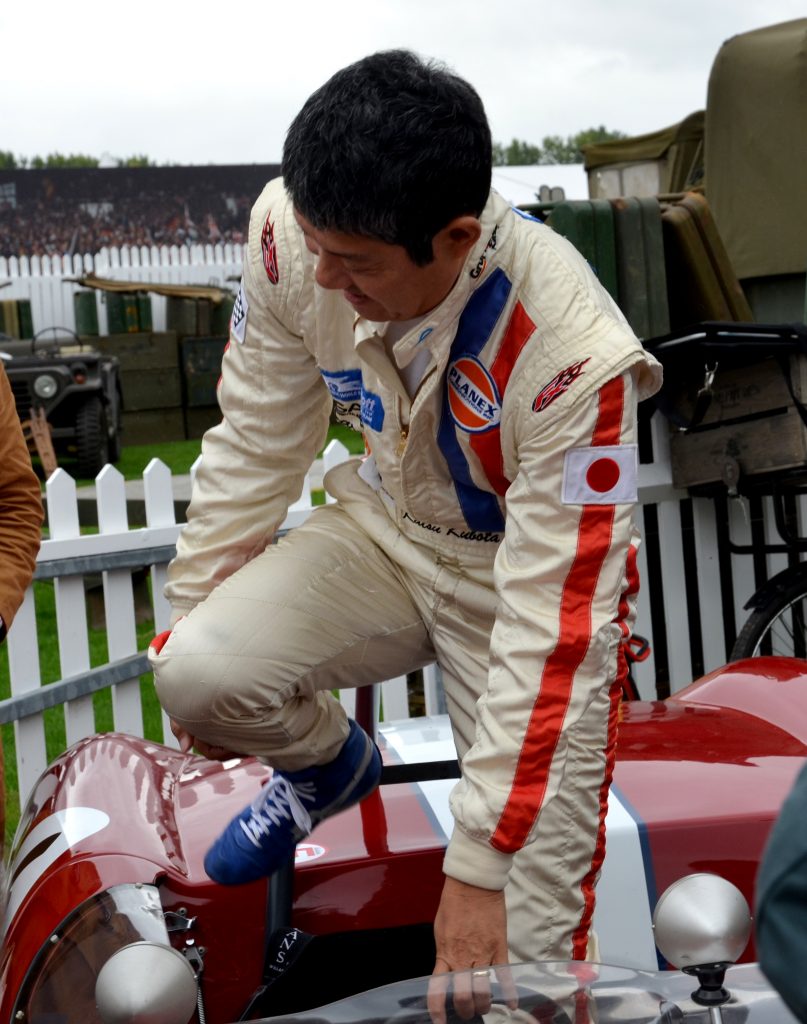 Racing driver Katsuaki Kubota climbing into his Lotus 23, in the holding paddock, prior to practice for the Madgwick Cup. 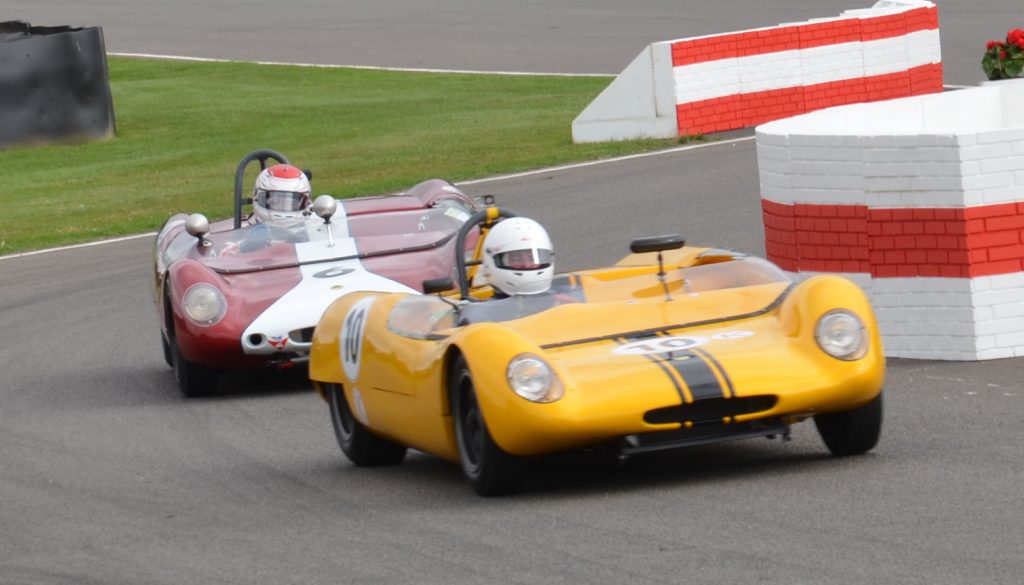 Stuart Tizzard and Katsuaki Kubota driving the Lotus 23Bs in the Madgwick Cup.

At the chicane during practice for the Madgwick Cup. Stuart Tizzard in the 1962 Ford-Lotus 23B, leading Katsuaki Kubota driving his 1963 Lotus-Ford 23B. 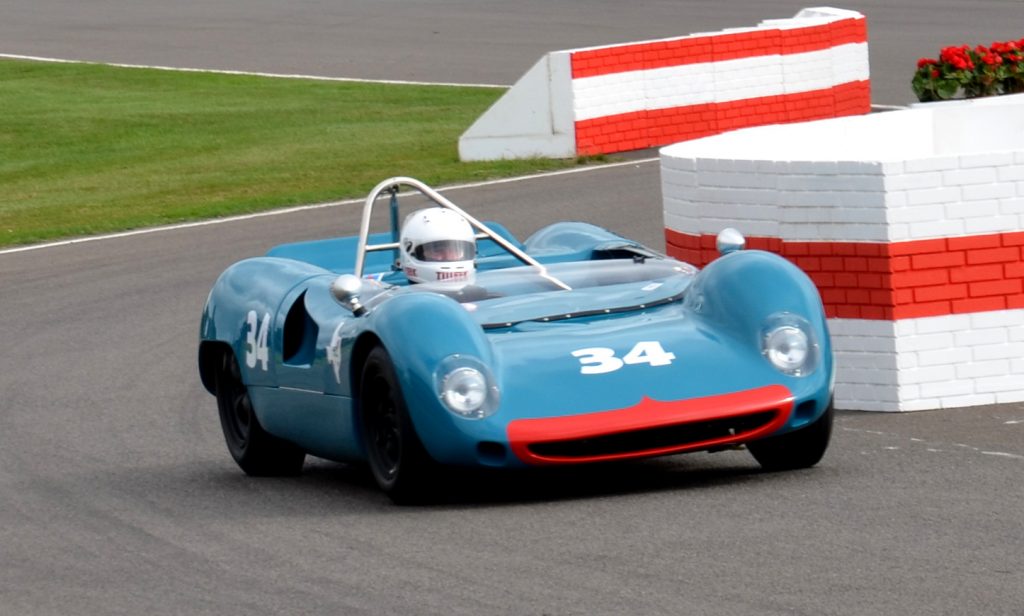 Car number 34 is the 1964 Brabham-BRM BT8, 1998cc, driven by Steve Tillack. Shown here at the chicane, during the Madgwick Cup.

Twenty-five minute race for unlimited sports prototypes of a type that raced up to 1966. 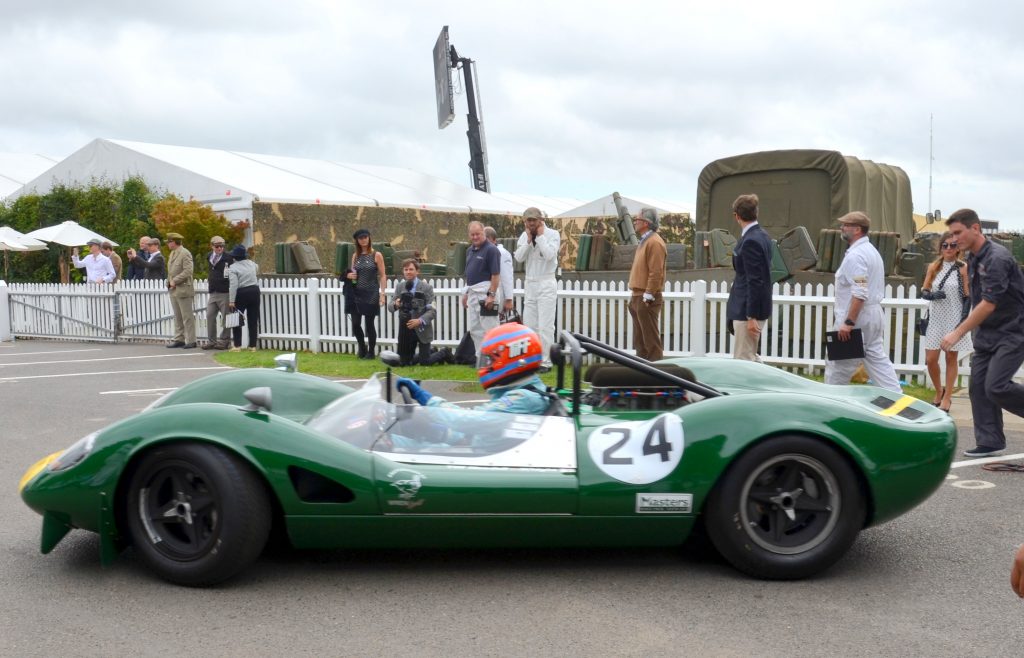 Tiff Needall in the 1965 Lotus-Ford 30, leaving the holding paddock prior to the Whitsun Trophy. 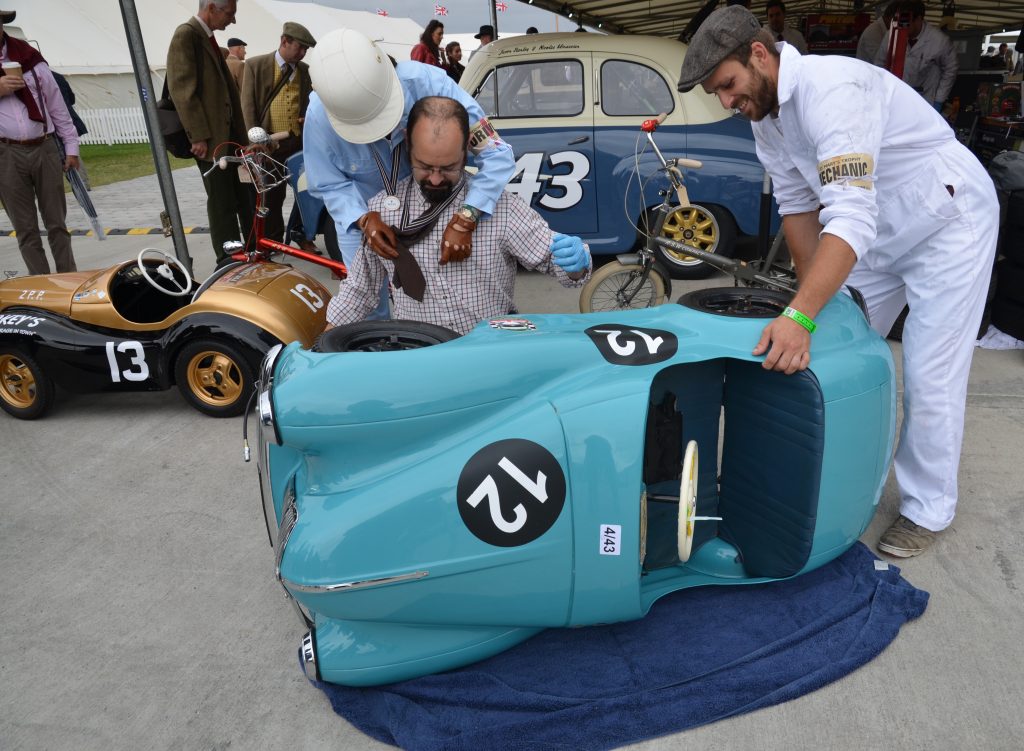 Essential tuning for the most important race of the weekend. Being careful not to get grease on the tie. The Settrington Cup for Austin J40 pedal cars is an extremely competitive race that is taken very seriously by the young drivers.

Two twenty-five minute two-rider races for motorcycles up to 1000cc of a type that raced up to 1954. 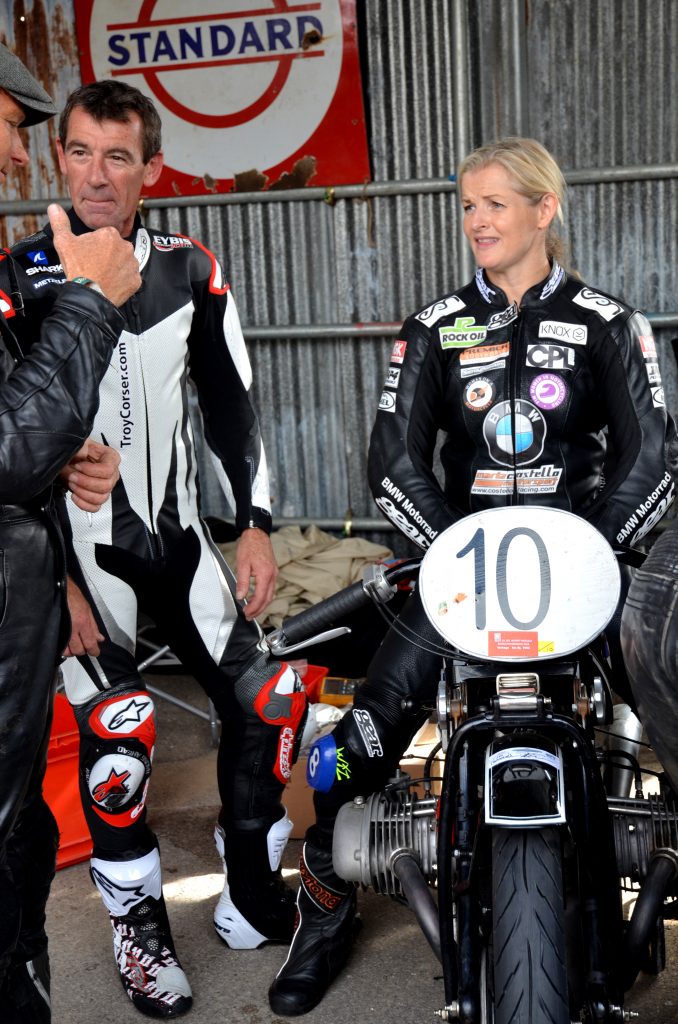 Superbike World Champion Troy Corser with Maria Costello MBE, on the 1929 BMW WR500, prior to the practice for the Barry Sheene Memorial Trophy. Maria  is a British motorcycle racer, she held the Guinness World Record as the fastest woman to lap the Isle of Man TT course, at an average speed of 114.73 mph. 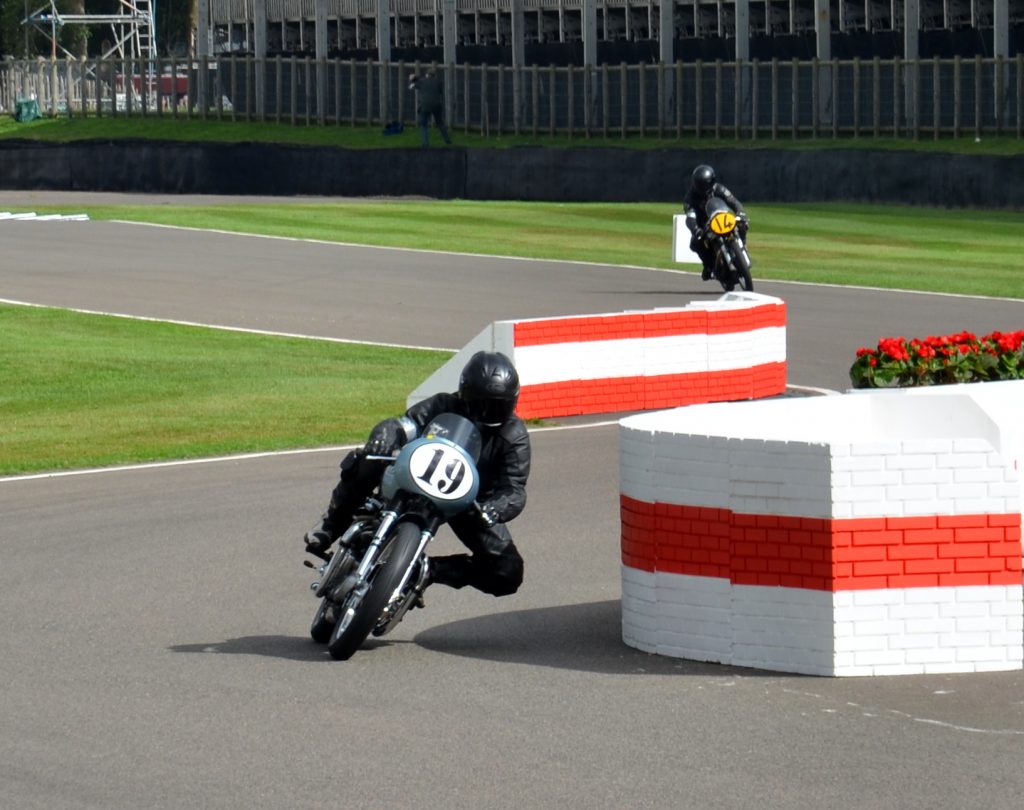 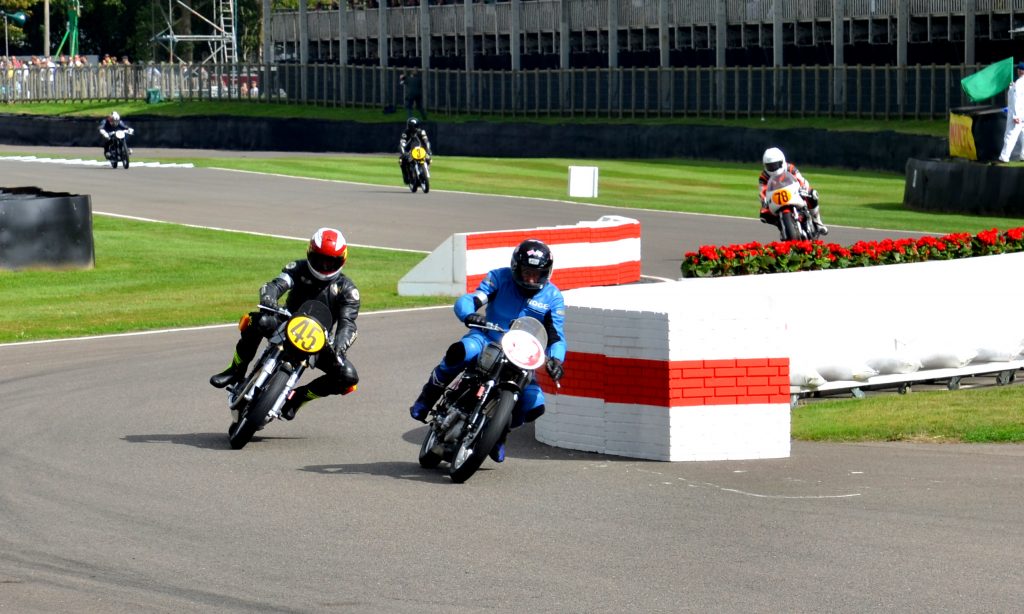 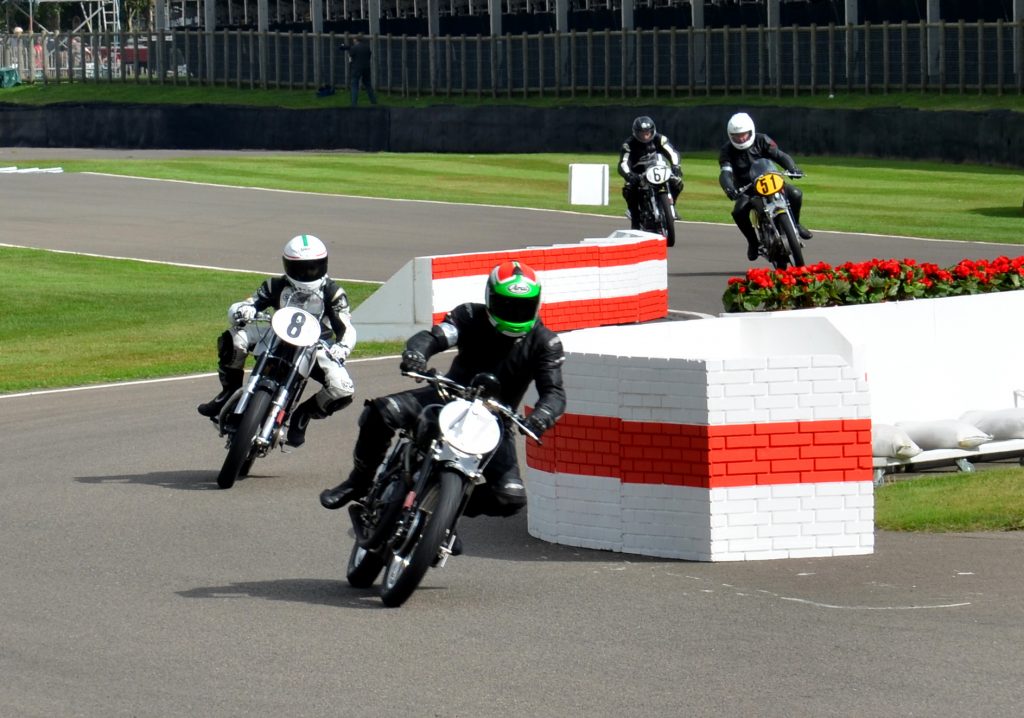 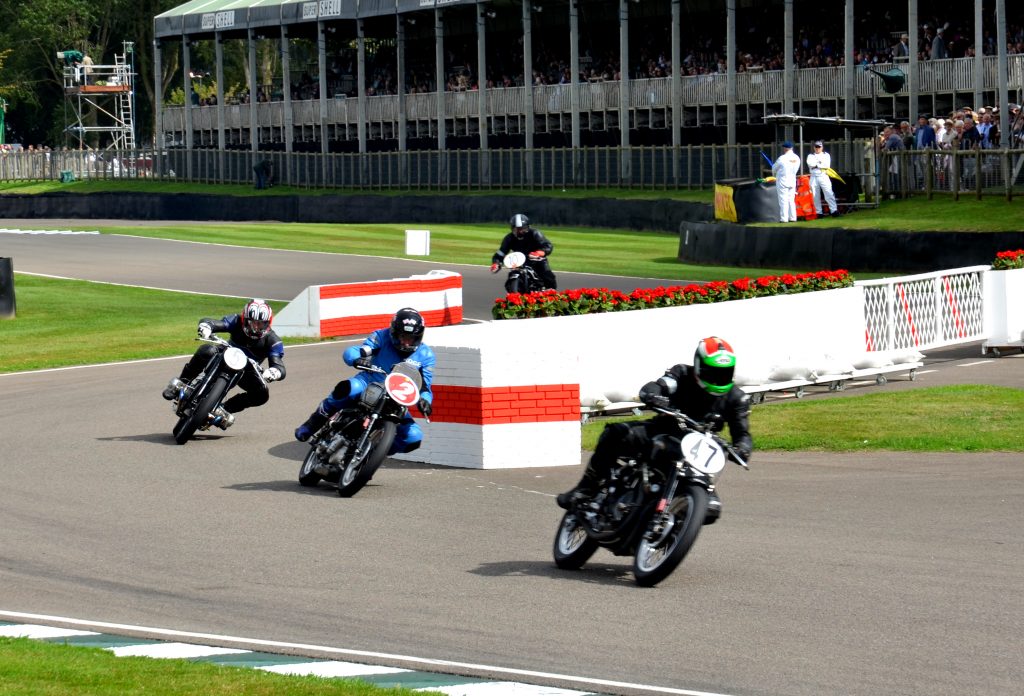 In the lead at the chicane is the 1951 Vincent Black Shadow riden by Barry Buster and Peter Crew leading the 1951 Triumph Thunderbird, and the 1936 BMW R5, followed by Maria Costello on the 1929 BMW WR500, during practice for the 2016 Barry Sheene Trophy.

Photographs by Marcia White for Join The World Magazine.